[Originally posted on the TriNimbus blog]

If you ever had to handle a big marketing campaign on a website or a promotion on your SaaS product, you probably know that sizing your servers to handle the anticipated load is notoriously hard and costly. Typically, you need to get beefy hardware to power up a number of servers and deploy a load balancer to equally split the traffic between each server so you get a system that can handle millions of views in a small time range like hours.

If you read my post on the OperatingDev blog or the Precursor Games case study on theTriNimbus site, you know that we recently worked with Precursor Games to design and implement a scalable deployment architecture for their crowdfunding campaign. We chose to deploy the system on AWS and our aim was to ensure the servers can handle up to a million page views in the first few days. This meant deploying many servers behind a load balancer, of course, but using AWS gave us the freedom to focus on the architecture and don’t worry about the resources we will need to build it. This is what we did: 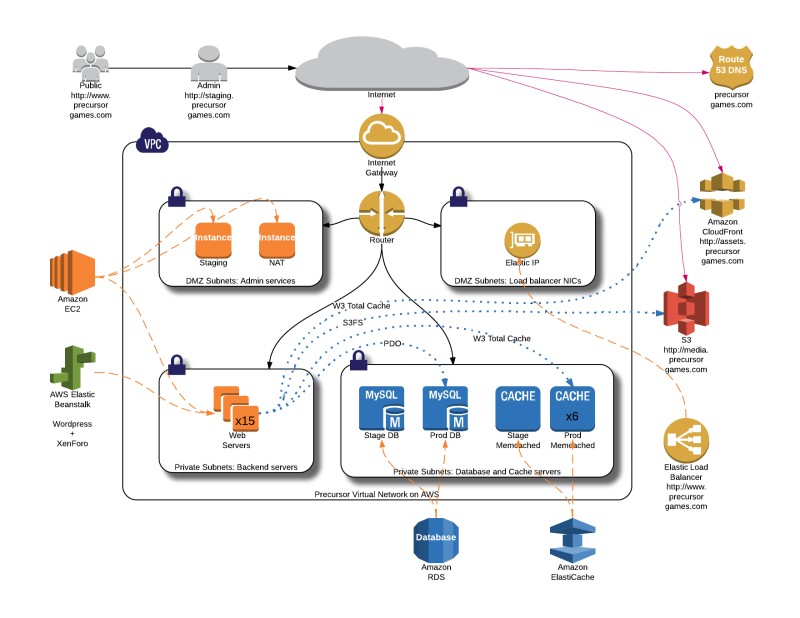 You can read in the case study some of the architectural details and the results we were able to achieve. In this post I want to focus on something else – the power of using cloud services like those provided by AWS to enable architectures that are too costly or too difficult to implement otherwise.

Just look at the laundry list of technologies we could utilize to handle the anticipated load:

Thanks to the availability of the above services we could go from the first call with Precursor to the official launch in just 10 days. Thanks to the built-in monitoring and alerting capabilities of Amazon’s CloudWatch service and the use of New Relic (a cloud service well worth using) and Google Analytics (a cloud service as well) in addition to it we could closely monitor the system at all times and adjust as the traffic flowed and ebbed.

Using cloud technologies can be empowering and frees you up from worrying about the mundane tasks like deploying a load balancer or provisioning enough servers and focus on building architectures that are not resource constraint and are resilient to failure. Just look at the first minute experience in the graph below and think of the effort and money it would take to handle that in a traditional non-cloud setting. 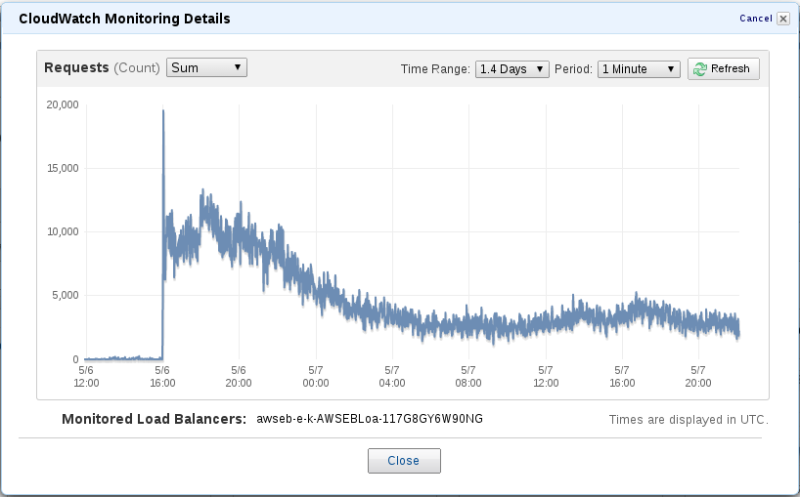 When a disaster hits – a simple plan is better than none